Here in central Kentucky, we have some of the most beautiful farmland in the country! There are rolling hills, spectacular trees and four wonderful seasons. I just love being out in the countryside before sunrise (and I'm NOT a morning person) to see how the scene changes as the sun makes its ascent! Throw in some interesting clouds to reflect the light of the scene and you have a recipe for some great photography. Some low lying fog is like placing a cherry on top!

Last weekend I was out in search of a great shot of the sunrise over one of my favorite farms. This farm has an old barn sitting atop a hill. I knew the forecast was for some clouds to be moving through. I kept my fingers crossed that it would all come together. We had everything but the low lying fog! Below is one of my favorite shots from that morning. I don't often like to put such a dominant structure, such as a barn near the center of the scene, but I positioned myself to place the rising sunlight in the right of my shot and an interesting tree on the left to balance it all out. A day or two before this, some fairly heavy rain moved through the area. There was still a large puddle of water within a rut in the gravel road running through the field. I placed my camera so that the water would show the reflection of light and color from the sky to add additional interest.

The "golden hour" is a landscape photographer's best friend. The hour near sunrise and sunset is when the colors are the deepest, shadows are the longest and reflections on clouds and water are the most pronounced. It is always amazing to me just how much a scene can change within an hour. Of course, that also means that you must work fast to not miss the show. Sometimes colors in the sky can be gone within a matter of minutes! Other times, one set of colors can fade into a completely different set of colors. See the two shots below. They were taken on the same morning, from nearly the same spot, on the same farm within about 30-40 minutes. 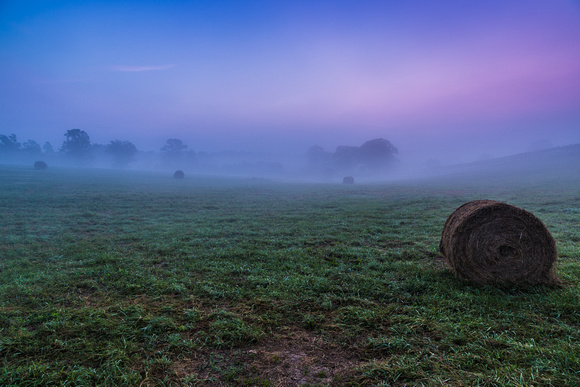 So the next time you are out during the golden hour near sunrise or sunset, take the time to slow down and enjoy the show of fleeting colors and reflections!

Until next time...Happy Shooting! 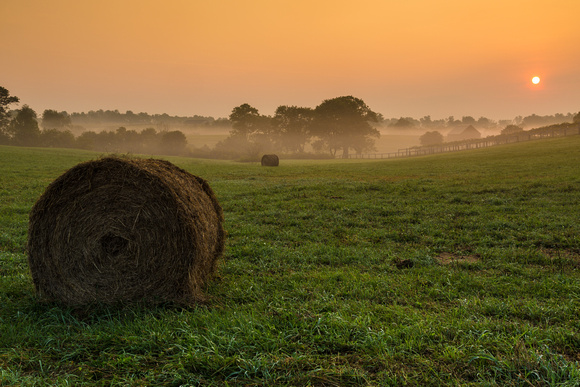